Scroll down for details

The ⌘ command key on the right side of the space bar is almost never used, so we found a clever way to take advantage of it!
Hold down rcmd and press the first letter of the app name to focus apps instantly.
When pressing the key while the app is already focused, you can choose to hide the app or cycle to the next app with the same first letter.

Hold down ⌘ command + ⌥ option and press any letter to assign that letter to the currently focused app.
When an app is in the static list:

While rcmd is best used without an UI, you still have the choice of showing an App Switcher if you need it.
When holding rcmd, the switcher can appear instantly or with a delay, and there are three beautiful themes to choose from:

As opposed to app switching which works out of the box, window switching is not as straightforward and still experimental.
Because of App Store and macOS Sandbox limitations, rcmd needs to use an external app called Hammerspoon to achieve window switching capabilities.
Click on Switcher and scroll to the bottom to find the button that enables window switching.
If you're interested in the technical reasons of why this solution is so convoluted, you can read the following blog post:

A window switcher on the Mac App Store?Is it even possible?

App fails to install from App Store after using the trial.

This happens when there's another instance of rcmd.app on your disk.

Delete any rcmd.app you can find, even those in the Downloads folder, then try installing again.

What do I do if I have two apps with the same first letter (e.g. Music and Mail)?

Best way to handle this is to assign a custom key for the second app.

For example, if rcmd focuses Mail on ⌘ + M and you want to assign ⌘ + U for Music:

And that's it, from now on you can use ⌘ + U to focuse the Music app.

What does Cycle do?

If you have multiple apps with the same first letter, pressing that letter multiple times will cycle between those apps.

For example, if you have Safari, Spotify and Shortcuts running:

Can I cycle between windows of the same app?

Unfortunately there's no macOS API that allows us to focus specific windows of an app.

The Accessibility API would allow this in some manner but it is not allowed on the App Store.

There is a macOS native way to switch between windows of the same app: 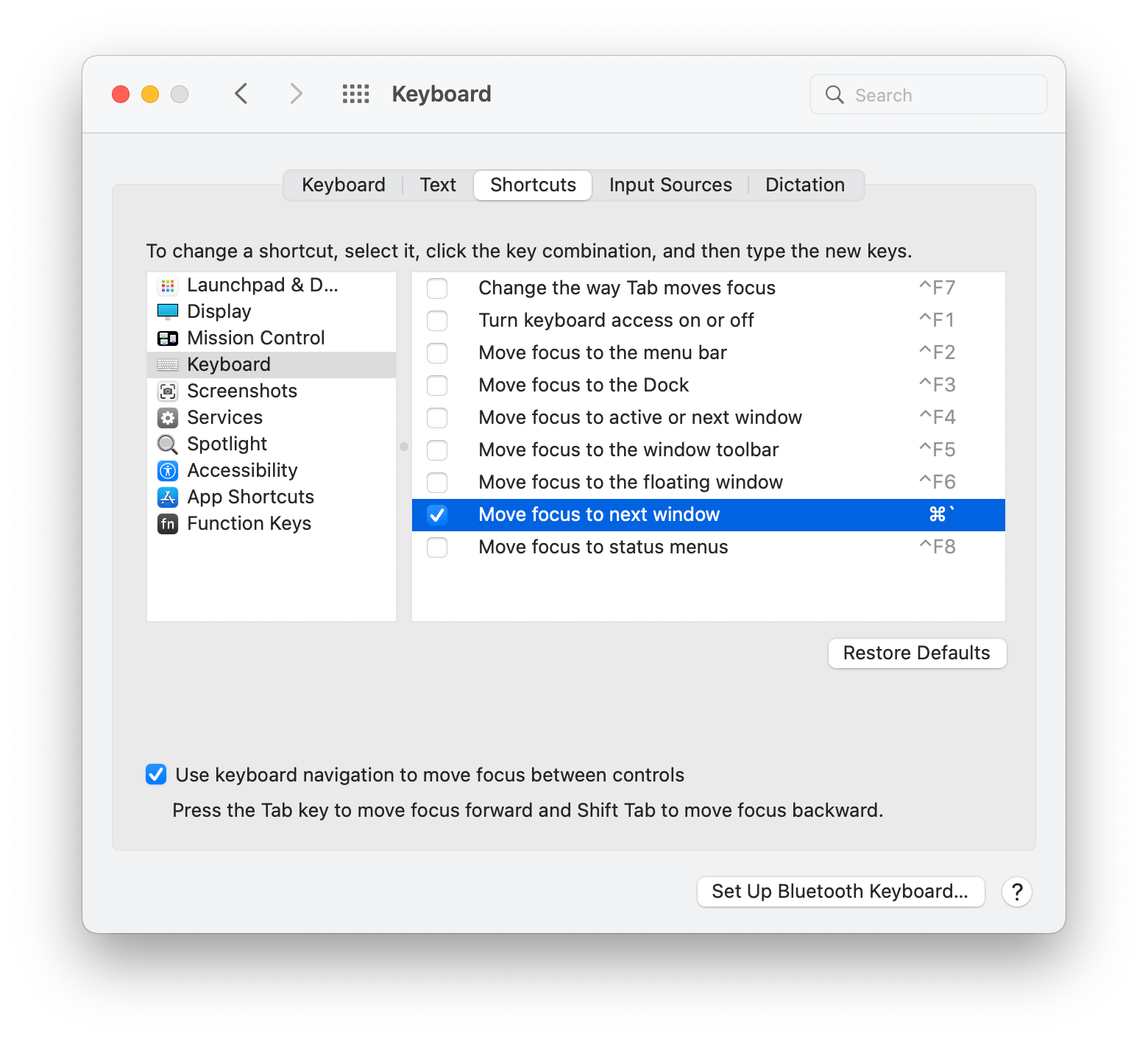 New window is opened when activating an already running app

To fix this, restart the app you are trying to focus.

Why does it happen?

This happens because that app has updated itself in the background while it was running.

Because the app on disk is different than the running app, the system creates another app instance when rcmd tries to focus it.

This usually happens with browser as they update frequently.

rcmd will try to detect this and fix the problem itself but information about the binary may be missing and the detection doesn't always work.

Right Command+letter not doing anything?

It's possible that your keyboard is sending the wrong key codes.

You can check what keycodes get sent by downloading this simple app: KeyCodes.zip

After launching it, check the Log key up events and modifier changes checkbox.

Now if you press your Right Command key and click on the Info button you should see:

For the Left Command key you should see:

If you don't see those key codes exactly, then it's a problem with your keyboard mapping. 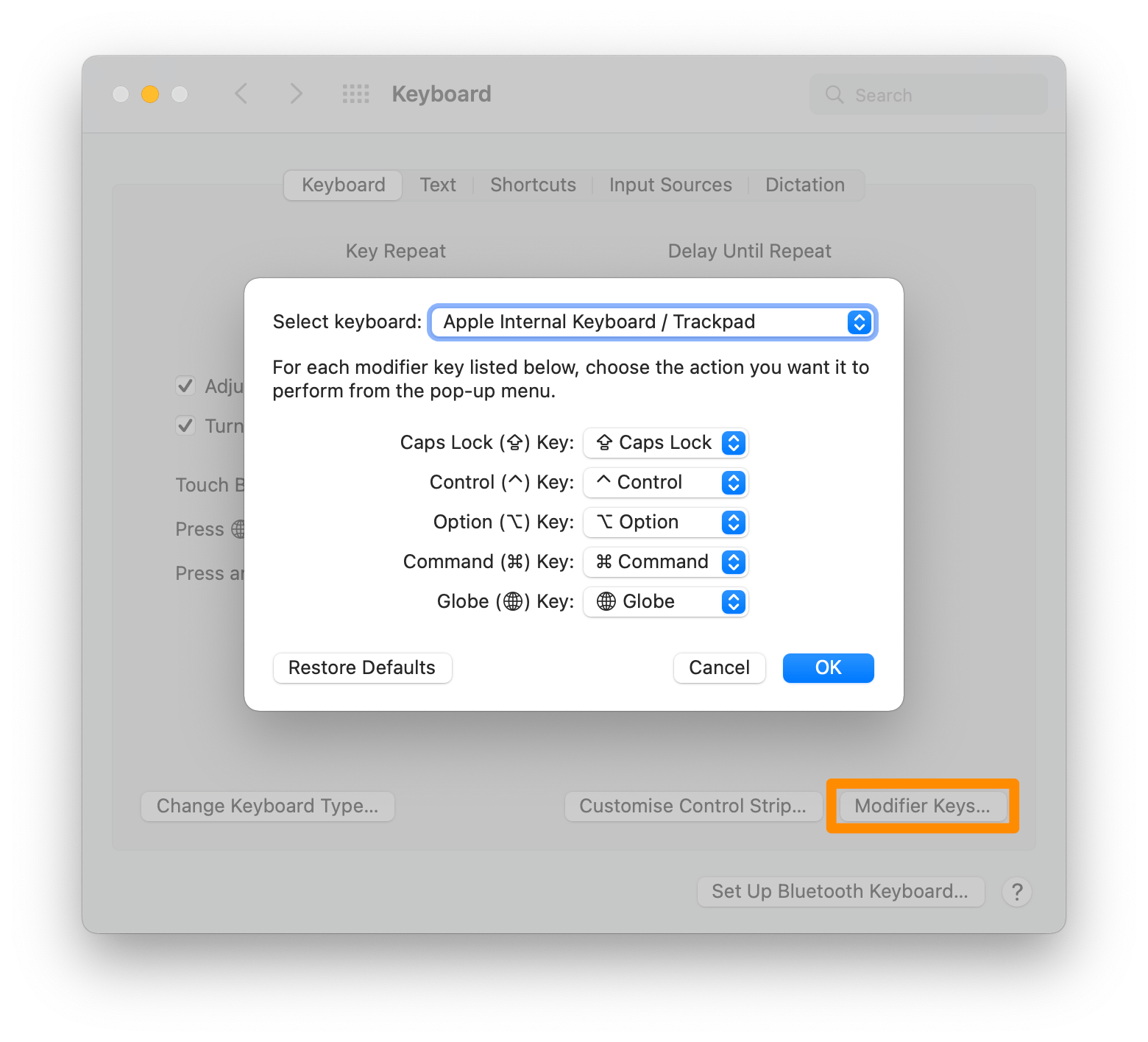 Keep in mind that you can always change the trigger key to something else than Right Command if that key is not working on your keyboard. 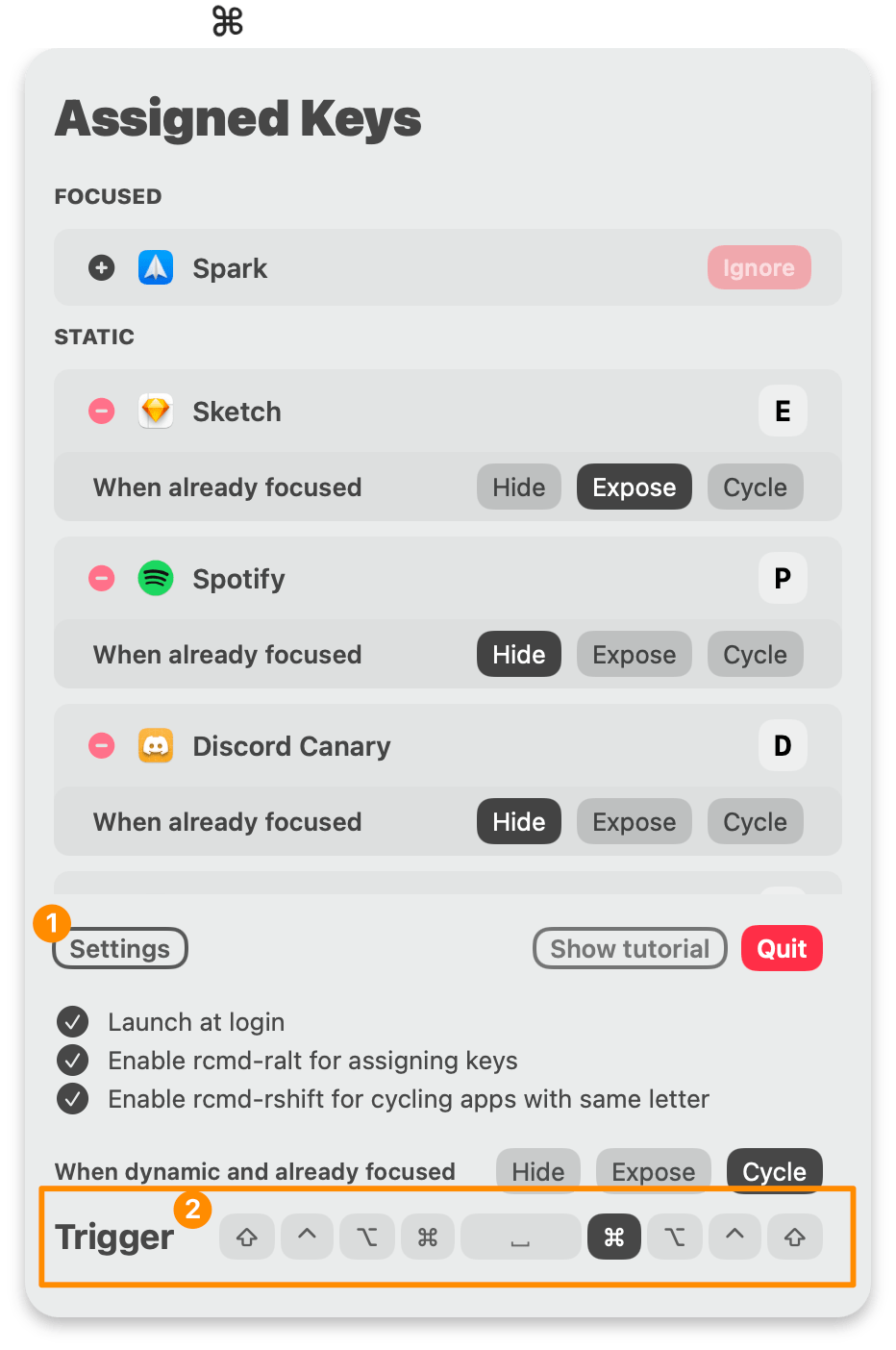 Looking at the % CPU usage is not a very accurate way of judging the app's efficiency.

Especially on Apple Silicon. Read more about it in this article: CPU percentage is misleading on M1 Macs by The Eclectic Light Company

Why do I see CPU usage spikes?

rcmd has to listen on window change events and keep track of how often an app is switched to.

This is used in the scoring algorithm for choosing which apps get priority in the dynamic first letter assignment.

The compute workload is minimal and the spike only lasts a few milliseconds.

Should I worry about it?

Usually, you shouldn't look at the % CPU field, but at the CPU Time metric. By default Activity Monitor updates every 5 seconds, so even if the CPU % was at 7% for a few milliseconds, you'll still see it for 5 seconds.

Even with the Very often (1 sec) setting, the % CPU metric is still not best for judging app efficiency.

In the following case, from the time rcmd started running (3 days ago) until now, it only consumed about 20 minutes of CPU time.

That's an incredibly small amount of CPU power used for an app that I use 20 times a minute. My finger basically rests on the Right Command key.

If you compare that to other keyboard utilities like BetterTouchTool for example, you'll see their CPU Time is comparable to rcmd.

For example in the same case, BetterTouchTool was just launched 2 hours 16 minutes ago and it already consumed 2 minutes of CPU time.